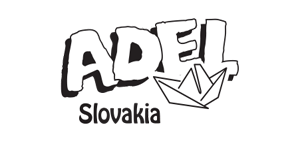 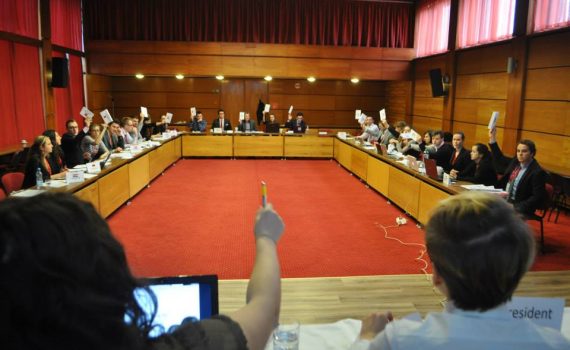 Model European Union Bratislava 2013 was held between 12th and 15th December 2013. More than 70 young people from over 14 countries gathered in Bratislava in order to simulate EU decision-making, politics and legislative procedures and to get a first-hand insight into the workings of the complex political system that is the European Union. We could write a lot about this project, but we will share with you rather opinions and impressions of participants who had a chance to be there 🙂

“To me, the Model of European Union held in Bratislava this year was a great experience to understand the EU decision-making process better by playing role. The MEU was also an interesting way to get acquainted with the European legislative procedures as they can be quite complex. Debating and giving a position with arguments upon a specific topic was very dynamic and it has actually improved my oral skills as well as it has enlarged my perceptions of European issues. To those who plan to work for the European institutions, I would highly recommend it, as it also enriches your knowledge. Finally, I enjoyed discovering the capital city of Slovakia while meeting new people from all over Europe. Thank you for organizing the event, we all had loads of fun.” Cyrile, The Netherlands

“4 days spent in Bratislava were by far an experience you cannot forget. Informal sessions, intercultural drinking, new friends and a lot of new informations about the Commission of European Union were the ingredients that made this project successful. We left our inhibitions home and we acted like real ministers which care about their country’s interest and do their best to protect it. Between Moderated Caucuses and some Rights to Reply new relations were founded and cooperation was in the end the key to a better legislative workframe. Nowadays it is very important for youth to be aware of their rights and obligations in the EU and also to aknowledge the importance of this brotherhood among the countries. What we did here, at Model European Union Bratislava, was to take a big piece from what is called an european union citizen and in return to offer our fresh ideas about how the Europe shall be made more workable. What we took from here, we will carry in our minds and it will be the spark for a future involvment in activities which concern our Union. Thank you, MEU Bratislava, for a life experience that you offers us!and I also should add: the organizers made us feel like home, cause in the end..Europe is our home :)” Beatrice, Romania

“First of all, I would like to express my sincerest thanks to the ADEL organization for their courage to organize the first Model European Union (MEU) in Bratislava. I do not mean this to sound like a cliché: when something changes your life, it really does! Whenever I hear a name ‘the Council of the European Union’ (and trust me, I hear it often), it brings me back to the fond memories I have acquired in December 2013 in Bratislava. Before the MEU, I had slight worries about my background that is primarily economics-based. But my worries vanished, when I realized that the diversity of opinions was essentially enriching to this event. Having met students from different backgrounds, I would recommend to anyone to attend the MEU in order to bring another point of view to the debate. Last of all, coming originally from Slovakia, I am proud that there was an initiative of the organization team to set up the MEU. Thank you!”Natalia, Slovakia (awarded as best Slovak delegate)

“Debuts are tough. Even more so if they are late. As a fresh graduate, who has never participated in any Model EU, I was expecting some fierce sense of competitiveness from my peers and a personal struggle not to let myself be overwhelmed by everybody else’s ambitions and seasoned MEU experience.At first it appeared I was not mistaken. At some point I even regretted I had volunteered to take a seat in the Consilium, especially that I have never studied law on a regular basis. I was amazed by the fact how terribly we, humble laymen, were outnumbered by law students in Bratislava…Either way, clearly it would have been much easier to hide, observe and learn peacefully from one of the backseats in the European Parliament. That was my objective: to learn and collect experiences for future work in some other MEUs and eventually, according to the best scenario, in the Commission or EP themselves.However, practice turned out to be the best teacher. Instead of fierce competitors I found passionate and inspirational partners. Instead of personal struggle, I had a great time. Instead of hiding in the backseat row, I put myself on the podium and spoke up. It is all some priceless experience. I am proud the Slovaks decided to kick off the first MEU in their capital city and I was there when it happened. I am still amazed by the amount of things we have in common, as Europeans. Thanks Bratislava – you gave me the best account ever, of what European identity is all about.” Aleksander, Poland (awarded as the best participant of Council of the EU)

“I would like to say big “thanks” to all organizators of MEU Bratislava, it was awesome project where I gain many of new experiences about decision making process in the EU, but in particular I met lot of great people from all over the Europe.”Luděk, Czech Republic